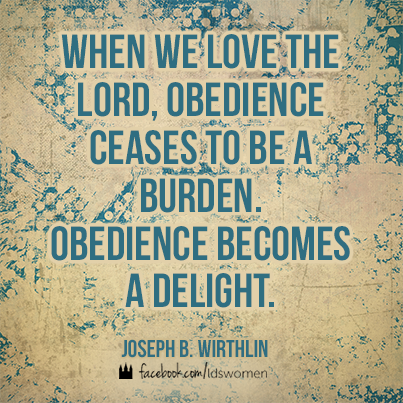 When I finally obtained the removal of my name from the Mormon in 1999 I had been driven since the late 1980’s by anger, frustration, a sense of betrayal.

At best I felt that I had been misled by well-intentioned leadership who were only thinking of me in terms of needing pablum before meat and potatoes. At worst, I considered myself a victim of deliberate liars more interested in corporate conformity and the elevation of “lying for the Lord” than reverence for the  individual soul in search of truth.

Every feeling that initially possessed me related to myself as an innocent victim whose wide-eyed acceptance of all the truths by which I had tried to live was something exploited by the Church using tools of fear, shame and guilt.

I had in fact taken the natural and instinctive self-defensive psychological perspective that my bath water was no longer drinkable because the Church pee’d in it when I wasn’t looking.

This was the final black and white “straw” if you will that drove me away – and I went away having felt like I had had to personally tear off my old skin and endure the scar tissue – believing that the scarring would eventually cease hurting and leave me stronger and wiser.

However, no scar tissue formed as long as I insisted on victimhood and the notion that I had been exploited, mislead and manipulated while I was unaware of the crimes against me.

No scar tissue formed as long as the self-injury and blame-someone-else continued.

Until we get past that feeling of being offended we will possibly forever remain the unresolved and wronged human being trapped in memory and living in ignorance of personal proprietorship of our lives.

I could not heal myself until I took ownership to the degree possible of my own willingness to believe or suspend disbelief all those earlier years.

Literal-minded belief – which is the weakest kind of human religious spirituality – is also a major player in the inability to heal one’s self.

It’s almost as if you literally HAVE to get mad before you can literally break those chains.

You cannot be intimidated into conformity if you take that sword of ostracism or excommunication out of the hands of the mortals who manage the affairs of the Church.

Literal-minded belief in the “true churchiness of it all” causes an instinctive fear for eternity.

Such an internal and emotional fear can cause you to relinquish your ownership of your own spirituality. You are tempted to remain captured by the notion that God deals with you not directly; not intimately; but in a detached and distant manner using middlemen.

So long as you believe in middlemen and that they are appointed by God to do His talking and to do his intimate work in your life, you are stuck in literal-minded submission to an extremely false notion.

When my wife Lietta was baptized in late April it was the motivation for me to be rebaptized as well. My reasons had nothing whatsoever to do with acceptance of the LDS narrative – the “true churchiness of it all.”

It had everything to do with healing the culture and identity wound I had self-inflicted years ago in a mis-directed self-righteous rage that felt like the not uncommon family tactic of making others “sorry” they had offended me.

My torn cultural and heritage skin had never healed.

Lietta was the first to understand that I had tossed the spiritual baby out with the ecclesiastical bathwater and that the “hole” at the heart of my identity was real. Her willingness to wade into the muck and mire of membership with me brought about the tremendous sense of recovered identity that returned to my life.

The Church of course immediately swarmed all over us with organizational busy-ness and callings because that is what the church does as new members are engaged as soon as possible.

We’ve also seen the long term effects of unchecked correlation by which officially or otherwise members are encouraged or emotionally prompted to equate personal spirituality with the degree of church activity – as if such were the totality of what it means to commune with God.

Members are encouraged to believe or assume that every answer to every prayer must include in some form or manner a “burning” that testifies that the church is true, Joseph Smith was a prophet,  Russell Nelson is a prophet today, the Book Of Mormon is true … any of an array of exclusively LDS beliefs.

If the spiritual experience doesn’t have that confirming element to it, then the objective of prayer, meditation and communion is incomplete and – perish the thought – might not have been an endeavor worthy of effort.

We do this to ourselves.

The Church only encourages us because … well, because it is now a big church with more global needs. The corporate view of management whether serving hamburgers, selling software or ministering to believers within a mythical absolute is the same: control of flow.

What flows must be controlled whether it’s cash, callings or testimonies. The only really tangible and measurable tool of control is conformity.

But reality reveals that those warm feelings that come from our prayers are ours to own and not something connected to the true churchiness of things.

Drop the literal-minded acceptance of the need for middle men in your relationship of prayer and communion with the divine and you will have taken gigantic steps in the direction of your own personal liberation.

Regarding immediate and extended family and what reactions might occur, do not be so arrogant in that you assume responsibility for the happiness of others.

Do not assume that you owe some great sacrifice of remaining in a box that family wants you in – even when family is not aware and does not accept that they are forcing you into a box from which you are not allowed to escape.

Whether deliberate or not, it is a programming that facilitates a family-based peer pressure to insure social conformity and assert the Church control that had loosened with your dissent.

Blood is thicker than water.

In no way however is that ever supposed to mean that family can bloody it’s own members spiritually and not offend God.

If such seems to be occurring, a loving God will certainly open the window where family has closed the door.

In some cases concerning those members of the family who are radically trying their own version of Satan’s plan of forced conformity, you can go out that window and God will be on your side.