On the “One True Way To See The World” 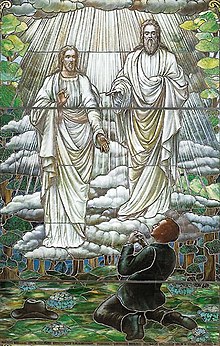 For the thousand years of Christian domination of the mind of Europe there was little ethical thinking – religion had all the answers, and enforced them, not encouraging question or challenge, or efforts to think about foundational matters unless they conformed to (indeed, deferred to) the authority of the faith –

– but when minds began again to be free in the birth of the modern world from the sixteenth century onwards, there was a return to these essential questions, and the Socratic mood was able to revive.

That mood is the humanist one: to question, to consider, to take responsibility for choices, to work things out in the conversation of society about how the good is to be realised. –

To put matters at their simplest, the major reason for the continuance of religious belief in a world which might otherwise have long moved beyond it, is indoctrination of children before they reach the age of reason, together with all or some combination of social pressure to conform, social reinforcement of religious institutions and traditions, emotion, and (it has to be said) ignorance – of science, of psychology, of history in general, and of the history and actual doctrines of religions themselves.

Religion, by contrast, is expressly premised on the idea of an external, supernatural source of moral authority. In the standard case it is held that the agencies which possess this authority are personally interested in having humankind conform itself to their purposes; and the religions in which they figure further teach that petition and sacrifice can influence those purposes.

All the faiths employ prayer, ritual and sacrifice to achieve this, the last ranging from the repetition of religious formulae to slitting the throats of sacrificial victims. Unless an outlook premises the existence and interest of one or more supernatural beings, and claims that the utmost importance attaches to believing in them and responding to their requirements, it cannot be called a religion.

This, to repeat, is why neither Buddhism in its original Theravada form, nor Confucianism, are religions; they are philosophies, and atheistic ones in the literal sense of this term.

The same applies to Stoicism, as we saw; for half a millennium before Constantine, Stoicism was the outlook of most educated people in the Hellenic and Roman world. Their principle of reason (the logos) as the ordering principle of the world is a principle of rational structure, of rightness and fittingness in the natural order, to which ethical endeavour – so they argued – should conform itself. The Stoics did not worship or petition the logos, and did not think of it as a person or as conscious or purposive. It would have to have been regarded as these things if it was to qualify as a god, and for interest in it to count as a religion.